The Art Of The Blues Guitar Turnaround (4 – Intros)

In this part of ‘The Art Of The Blues Guitar Turnaround’ I’ll show you how to use turnarounds to create intros and endings. The intro sets the mood for the following song and leads the listener into it and the ending is what stays in the listeners ear and brain. So these are the two most important parts of a song. Now let’s make them interesting and memorable!

All the examples are taken from my new eBook ‘The Art Of The Blues Guitar Turnaround’ which contains many more examples and ideas like the ones you already learned (available at my website).

After analysing thousands of classic Blues songs I found out that nearly all of them have one of only seven different kinds of intros. The following intros are the most common ones:

No Intro At All aka ‘Starting From The Top’

A very common intro is to start right from the top of the 12-bar Blues progression. This first chorus could be an instrumental chorus (solo) or with vocals.

Starting With Four Bars On The I-Chord

For this intro you’ll play four bars on the I-chord (the chord on the root of the key you’re in) with no turnaround. This is a good intro for a song with a great riff.

Starting With The Turnaround

Now the turnaround comes in. Another very common intro is to play the turnaround as an intro and then continue from the top of the Blues progression, either with an instrumental chorus or with achorus with vocals.

Starting From The V

To make the intro four bars long, you could play the last four bars of the Blues progression: Start on the V (in the key of A this would be E), continue on the IV (D) and then play the turnaround. This is maybe the most often played intro of them all.

This is a variation of the previous intro. Instead of playing V-IV-turnaround we play two bars of the I chord and then the turnaround. Sometimes this intro goes I-IV-turnaround.

Here are some classic songs with this kind of intro:

‘Before You Accuse Me – Eric Clapton (CD ‘Unplugged’) 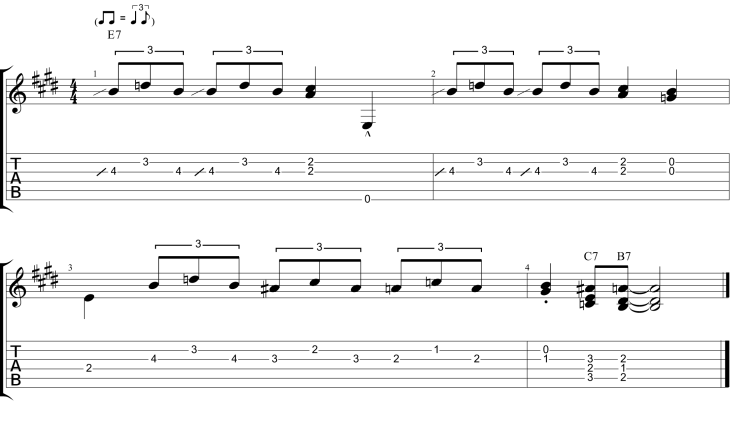 Even the greatest Blues songs have to end eventually. And the ending is what stays in the listeners ear and brain and what makes them applaud… or not. A great way to end a song is with a variation of the turnaround you used throughout the song. Just play a turnaround till the first beat of bar two. Then use the embellishment from above (see first part of this series), but on the root. So simple and so effective!

It is very common to add a break in the measure before the ending (measure 10 in a 12-bar Blues). This is done by playing an accent an beat ‘1’ and resting for the remaining three beats. During this rest the singer or the soloist keeps on singing / playing. On beat ‘1’ of the eleventh measure the whole band begins to play the ending. 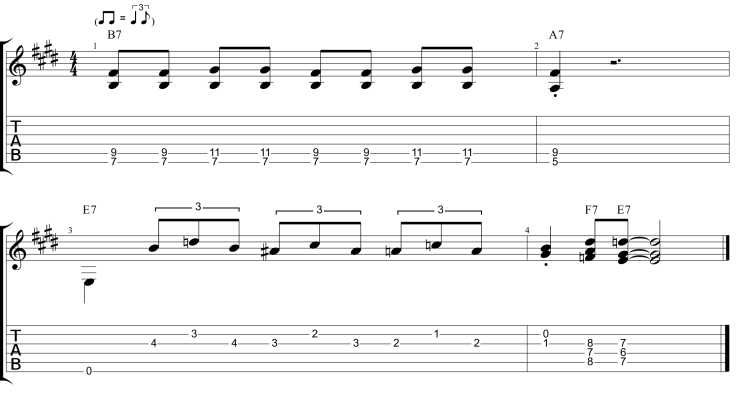